A hogshead cask is approximately 20% larger than the standard whiskey cask size. With evaporation accounting for the Angel’s Share, just 2,430 bottles of Writers’ Tears Marsala Cask Finish were yielded after 12 months finishing in the hogshead casks.

This is not only the second cask finished version of Copper Pot, but it is also the second time that Walsh Whiskey has finished whiskeys in Marsala casks from Florio. In 2017 the company released limited Marsala finish editions of two of its’ whiskeys in The Irishman range – Founder’s Reserve (from 9 hogshead casks) and 12 Year Single Malt (from a single hogshead cask).

Bernard Walsh, Founder and Managing Director of Walsh Whiskey explains: “The sweet Marsala effect was very well received when we treated some of The Irishman range to it two years ago so we wanted to afford Writers’ Tears – Copper Pot enthusiasts the same opportunity. We have balanced out the natural sweetness with a 5% stronger alcohol content of 45% ABV. I hope people will enjoy it as much as I do.”

This triple-distilled, natural non-chill filtered, non-peated whiskey is bottled at an ABV of 45%, which is 5% stronger than Writers’ Tears – Copper Pot is usually bottled at. The recommended retail price is €75. 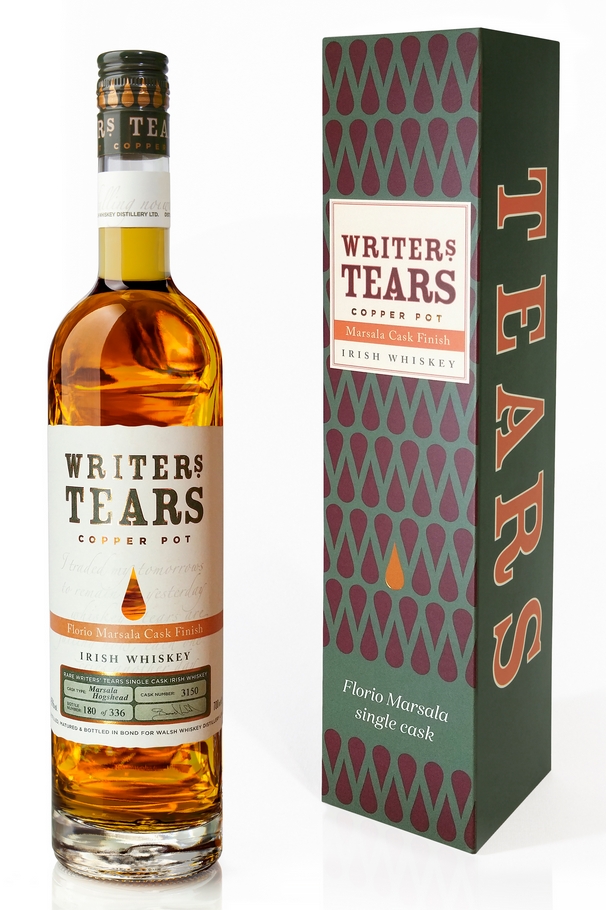