A few years ago, Isle of Arran Distillers Ltd announced that they would build a second distillery on the Isle of Arran. Work on the new Lagg Distillery commenced in February 2017 and the distillery has now distilled its first spirit. Cask Number 1, a Sherry Butt reserved exclusively for members of the Lagg Cask Society, was filled on Wednesday the 10th of April.

James MacTaggart, Master Distiller at Lagg Distillery, said: “It’s incredibly exciting to be taking the very first steps in producing what will eventually be a magnificent Lagg Single Malt Scoth Whisky and something truly unique to anything we’ve produced previously.”

Lagg Distillery Manager, Graham Omand, added: “We are delighted to have established a successful production process and look forward to begin filling casks purchased by members of the Lagg Cask Society very soon”.

Whereas Arran Distillery is situated on the north side of Arran, the new distillery is located near the village of Lagg, in the Parish of Kilmory, on the southern tip of the island. The Lagg Single Malt will be heavily-peated in a style reminiscent of the original Arran whiskies, and quite distinctive from The Arran Malt produced at the Arran distillery in Lochranza.

Although distillation has now started, the Lagg Visitor Centre is not quite ready yet and construction works are still ongoing. The first visitors will be welcomed in the early summer months of 2019. 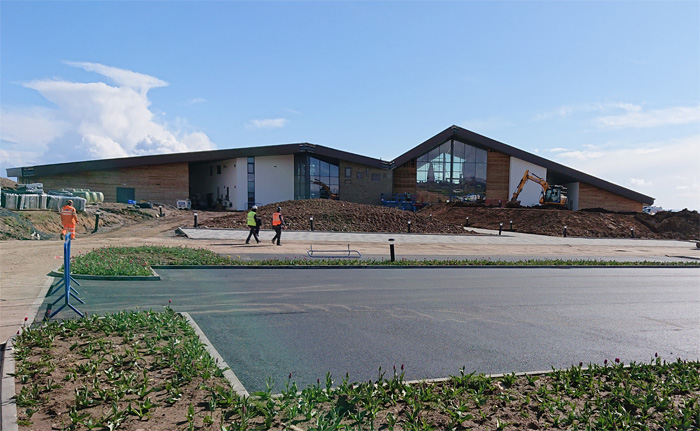